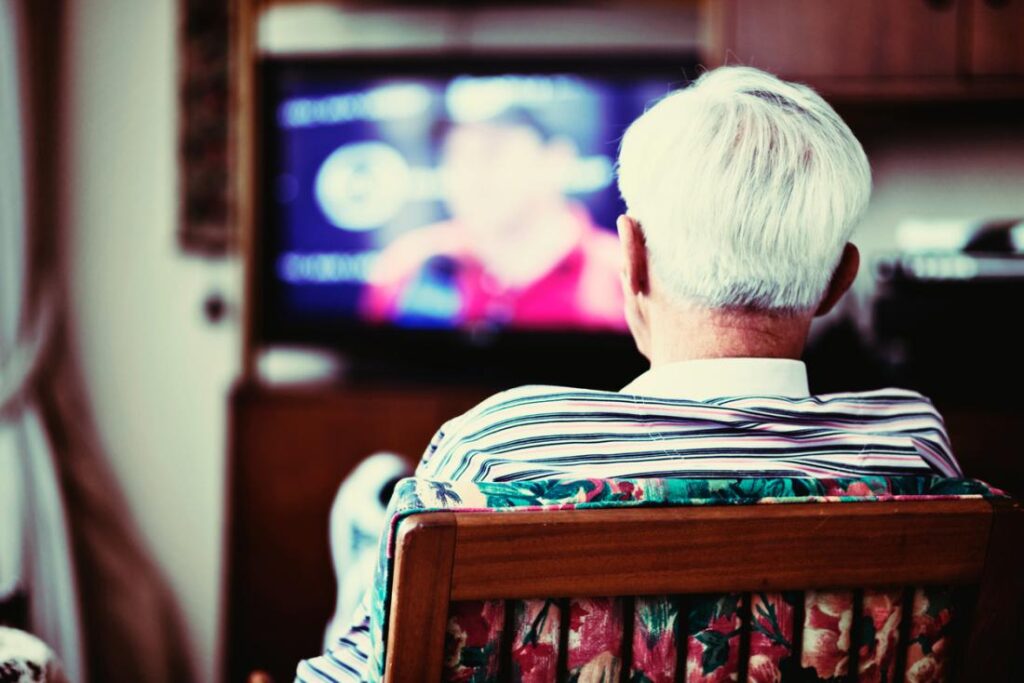 As kids, you heard your parents say it time and time again.  “Don’t sit so close to the TV, you’ll ruin your eyes!” or “get outside and play… you’re going to turn into a couch potato!”.  As much as we hate to admit it, it turns out that Mom and Dad were right, once again.  Too much TV can truly “rot” your brain!  So now, as our parents get older, and we morph into our caregiver role, it’s time for us to gently remind them that spending too much time in front of the “boob tube” can indeed have negative consequences.

Data shows that senior citizens, ages 65+, spend more than one third of their waking hours watching television.  This is approximately three times more than that of younger adults.  Research also shows that seniors do not find this time as relaxing or enjoyable as younger people do.  Most middle aged and young adults retreat to the couch and get lost in a show to unwind and decompress from the stresses of the day.  However, our older peers are using it as a meaningless way to fill the time in their day, with little fulfillment involved.

In order to help promote a healthier lifestyle for our loved ones, it’s important for us to understand the negative effects that too much time in front of the television actually has.  Additionally, we need to provide alternate options available at their disposal to make their days more meaningful, productive, and fulfilling.

Because we all want what is best for our loved ones, limiting their television time is highly advisable.  The most effective way to do this is to intentionally set aside time where they are unplugged and engaging in other activities.  Some suggestions for both independent and social opportunities include puzzles, knitting, exercise, card games, prayer groups or Bible studies, arts and crafts, reading, and gardening, just to name a few.  All of these activities offer alternatives that are both physically and mentally stimulating, as well as entertaining.  You can still set aside a specific time where they can relax and enjoy watching a show or movie.  The goal is to encourage them to spend the bulk of their awake time partaking in meaningful activities that promote a healthy lifestyle. For more ideas on living a healthy senior lifestyle please visit our website at nolahomecare.com